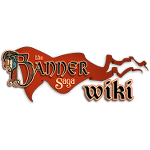 Stoic Studio is an independent game development studio based out of Austin, Texas. It was formed in early 2012 by Alex Thomas, Arnie Jorgensen and John Watson after working together for half a decade on Star Wars: The Old Republic.

After leaving Bioware, the trio decided to make their own turn-based strategy game which they called The Banner Saga. The indie project was crowdfunded through Kickstarter, and more than achieved its funding goal; ultimately gaining 20,042 backers who raised a total of $723,886 to fund the project.